League play runs from the end of April through to the league championships in late August.

Both our men’s and women’s leagues are open to golfers of all levels and include nightly prizes for the skilled and the lucky. Contact our pro shop for registration information and league details. 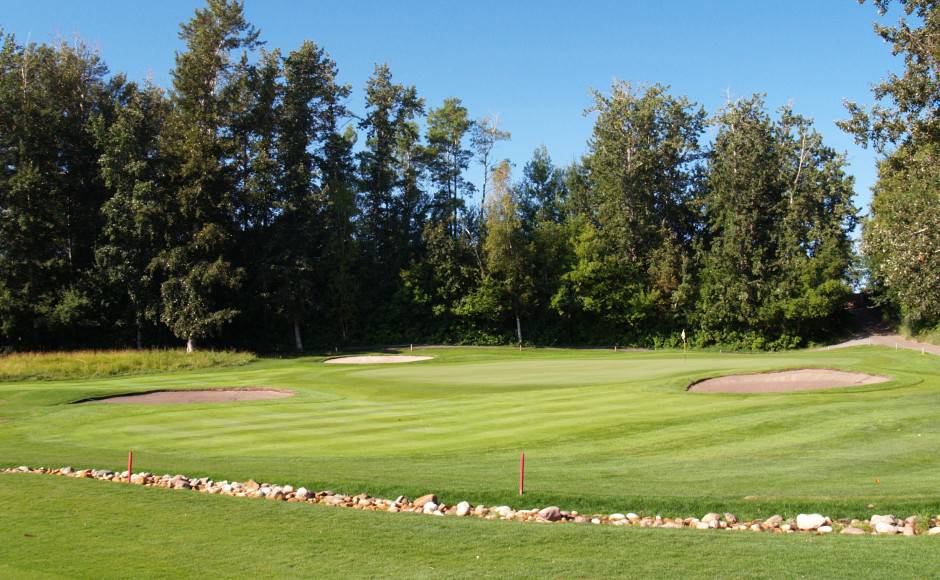 › Pre-Season Mixer in April at the Lewis Estate Canadian Brewhouse location.
› Average of 80 golfers per Men’s Night
› Over $75,000 in prizes given away throughout the season.
› Raised over $20,000 for the Multiple Sclerosis Society of Canada bringing our nine season total to $175,000!
› Men’s’ League “DEALS OF THE MONTH” offered members great savings throughout the season.
› Play with the Ranch Pro Auction raised over $2000 for the MS Society.
› Hole-in one contests at least once a month
› Continued Support of Corporate Sponsors
› Nightly Skins, deuce pots, and proximity prizes.
› League championship in August was a huge success!!! (OVER $13,000 in Prizes!!)

› PARAMOUNT FLOORING was our first ever Ladies League Title Sponsor and will be again for 2020!
› 76 Ladies League members
› “Tee game” at nightly check-in was a huge hit
› Paramount Flooring Long Putt qualifier each week capped off by year-end Putting Competition at the Ladies League Championship
› Over $30,000 in prizes given away throughout the season.
› Raised over $20,000 for the Multiple Sclerosis Society of Canada bring our nine year total to over $175,000!
› Continued support through nightly Sponsors
› May Kick-Off Tournament was very entertaining
› Ladies League “DEAL OF THE WEEK offered members great deals throughout the season
› Play with the Pro Auction in June raised over $4000 for the MS Society
› League championship in September was a huge success!!! (OVER $7,500 in Prizes!!)

If you’re looking for partnership opportunities, we offer multiple sponsorship packages for both of our weekly leagues.

They provide a simple, effective way to place your brand in front of hundres of people from industries all across Alberta, and gets you FREE GOLF!